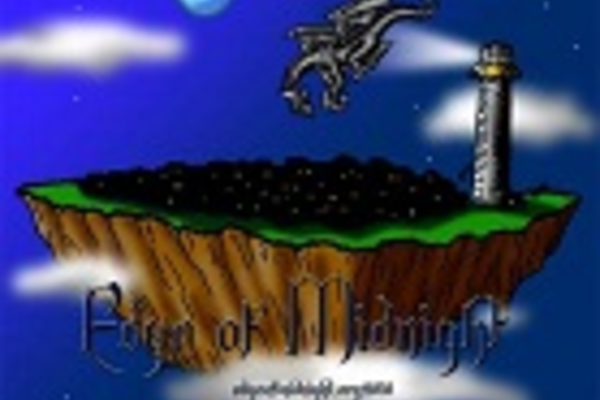 The Edge of Midnight exists within the mind of its creator Pyros.

His memories and experiences shaping the realm of midnight.

Fantasy, steam-punk and science-fiction sitting alongside contemporary themes as films are watched, books read and ideas flit and dance through his mind.

And within this strange world some adventurers have taken on a stronger imprint, battling to survive and carve out an existence as chaos, insanity and lustful thoughts seek to overwhelm and corrupt them.

The Edge of Midnight is a place where people can come to live out an alternate existence, to choose to be something different for a time and as such it is, first and foremost, a roleplaying game.

You are expected as a player to remain in character when communicating with other characters and only use the OOC (Out of Character) commands and channels if you wish to communicate to other players.

It still has a combat engine and an depth crafting system that allow your character to grow and progress but if you do not wish to roleplay this isn't the MUD for you!

This is an adult mud with strong themes of sex and violence running through the core of it.